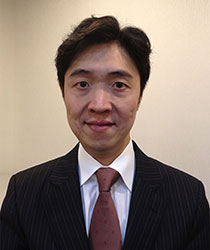 Simon’s areas of practice cover corporate finance, litigation and intellectual property. The clients Simon serves include certain major household brands and a number of companies whose shares are listed on the Hong Kong Stock Exchange, and also other local non-listed companies.

In addition to IPO projects, the acquisition cases handled by Simon include the acquisition by our client Hao Tian Development Group Limited (00474.HK) (through its wholly-owned subsidiaries) of all the issued domestic shares and H shares of Fujian Nuoqi Co., Ltd. (01353.HK) by way of mandatory unconditional general offers.

Other than the area of corporate finance, Simon has also handled some dispute resolution matters. He acted for National United Resources Holdings Limited (00254.HK) in an arbitration matter before the Hong Kong International Arbitration Centre on a dispute involving approximately US$11.5 million.

Simon was a Vice-Chairman of the Kowloon Lok Sin Tong Benevolent Society and a Consultant of Hong Kong St. John Ambulance. At present, apart from being an Honourable Legal Adviser of Wanchai and Central & Western District Industries and Commerce Association, Simon is also a Founding Member of the Lions Club of Hong Kong (Kowloon Tong Yau Yat Chuen) and a member of the Hong Kong Professionals and Senior Executives Association.

Simon has on many occasions given talks in Hong Kong and China for various organizations such as the Hong Kong Trade Development Council, on many topics including, amongst others, the rules governing directors in dealing with securities, duties of listed companies’ directors, and the protection of intellectual property rights.

Simon obtained his BA (Hons) degree in the United Kingdom in 1993, and then obtained his Post Graduate Certificate in Laws from the University of Hong Kong In 1994.

Having spent a number of years working in a major local firm, Parry and his partner established Cheung & Choy in 2002. Parry is now a Senior Partner at Cheung & Choy. He is also a Civil Celebrant of Marriages.

Mr. Choy regularly advises on acquisition and disposal, leasing and property management of the residential, commercial and industrial properties in Hong Kong, sale and purchase of shares of private company holding properties, with clients of difference sizes and natures.  He also has extensive experience in project conveyancing, advice and negotiation in resumption matters, documentations and representation for auctions or tenders. In the finance sector, his experience includes mortgages and other legal documents for banks and financial institutions.

His latest major piece of work involves obtaining an Anton Pillar order from the court for Centaline Property Agency Ltd. to enforce a restrictive covenant in an employment contract.  Many of the litigation cases he handled were considered as significant and reported in the Hong Kong Law Report and the official website of the Hong Kong Judiciary.